Bipolar disorder is separate from the depressive disorders documented in DSM-5 due to there being a link between depressive disorders, schizophrenia spectrum disorders, and other psychotic disorders in terms of its symptoms, family history, and genetics (DSM-5). Four main types of bipolar disorders (Bipolar I, Bipolar II, Cyclothymic and other Related Disorders) fall under two core episodes: manic and depressive. A manic episode can be characterized as experiencing constantly elevated or irritable mood along with increased energy, all lasting for at least one week. Similarly, hypomanic episodes have the same symptoms, but individuals experience a shorter period of mood disturbance of about four consecutive days. On the contrary, major depressive episodes are characterized with symptoms such as depressed mood for most of the day, diminished interest, and feelings of worthlessness during a two-week period along with changes in everyday abilities such as being able to concentrate (DSM-5). It is also well known that bipolar episodes can be substance or medication-induced (DSM-5).

A previous study published in June 2008, which understood the links between adolescent bipolar disorder with cigarette smoking and substance use disorder, followed up five years later in order to observe how time has affected adolescents diagnosed with bipolar disorder. Wilens and Massachusetts General Hospital investigators gathered evidence that the combination of bipolar disorder and comorbid conduct disorder results in a stronger influence on the risk of substance abuse and smoking (Science Daily, 2016).

Wilens and Massachusetts General Hospital investigators recommend that clinicians monitor adolescents with bipolar disorder for activities such as cigarette smoking and substance use (Science Daily). Wilens and his colleagues plan to further investigate brain imaging to better understand the brain circuitry involved with these disorders. Others contend that the relationship between comorbid conduct disorder and bipolar disorder should be examined further to ensure they are not being misdiagnosed (Kovacs & Pollock). 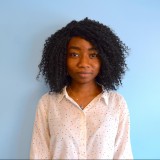