Air travel is arguably the most stressful form of travel. From crowded security checkpoints to the constant rotation of delays and cancellations, air travel can present unique challenges for any traveler. Such difficulties can be magnified for those with autism due to the sensory and communicative symptoms related to the disorder. While an airport environment can be incredibly overwhelming for a person with autism, airlines are beginning to recognize and respond to the needs of their travelers with neurological disorders.

The Arc, a Washington D.C. organization which assists those with developmental and intellectual disabilities, coordinates Wings for Autism, a program geared toward helping families of autistic children become familiar with airports and air travel. The program runs as a type of rehearsal; families come to the airport and participate in standard airline procedures such as going through security checks, waiting in the gate area and getting onto a plane. The program does not require any airline commitments or flight tickets.

The program offers the unique opportunity to foresee how a child with autism may react to air travel, giving the family a chance to adjust accordingly. Wings for Autism also serves as an educational tool for airlines. TSA employees are able to spend additional time with children with developmental disabilities and practice their interaction. At the events, TSA officers ask the families for insight on how to best accommodate the needs of children with autism or other intellectual and developmental disorders.

Since 2011, 44 airports have participated in the program, totaling more than 75 individual Wings for Autism events.

Sarah Bal, public relations director for The Arc, emphasized that the program’s primary goal is to acclimate children across the autism spectrum to the airport environment. This includes sounds, procedures, and the general commotion which often comes with air travel. According to Bal, the program has helped over 2,000 families since launching six years ago at the Charles River Center in Needham, Massachusetts (Netto, 2017).

Wings for Autism is an important and useful tool in assuring that air travel for those with autism is as painless as possible. In addition to such interactive programs, airlines are stepping up in other ways to assure comfort and convenience for their travelers dealing with neurological disorders.

In April 2016, Delta Air Lines unveiled a calming room at Hartsfield-Jackson Atlanta International Airport. The room, which was created to ease the airport experience for children with autism and other disorders, features a mini ball pit, tactile activity panel, and a bubbling water sculpture (Baskas, 2017).

A similar quiet room was recently opened at Myrtle Beach International Airport in South Carolina, and the first airport sensory room in Europe launched in March at Ireland’s Shannon Airport. The latter’s accommodations include color changing LED lights, a wheel projector, and an undulated wavy wall.

The combination of Wings for Autism and sensory rooms in airports allows families affected by autism to ease themselves into air travel. The stresses related to air travel are often unpredictable, but these airline accommodations allow the chance to best prepare and deal with the inconveniences that may arise during a trip. Businesses and establishments have a responsibility to accommodate all people to the best of their ability, including those with disabilities, and hopefully, more airlines and airports across the world continue to introduce new ways of assisting their customers. 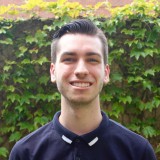