Imagine an eight-year-old child stressing about choosing the flavor of their ice-cream as much as they would about a test at school. They stand next to a white ice-cream truck with a descriptive and colorful menu hanging on it. Chocolate chip, vanilla, strawberry, butter pecan, cookies and cream, cookie dough, raspberry ripple – the choices are overwhelming. This may be reality for a child with generalized anxiety disorder (GAD).

GAD is one of the most common disorders seen in medical settings, affecting 3% of US children and 10.8% of US adolescents (Roche, 2015). According to the Children’s National Health System, GAD occurring between the ages six and eighteen may have symptoms such as fretting about situations or decisions before, during, and after they happen, social acceptance, and school. Many adults assume this kind of worrying is normal and even a part of growing up, thus ignoring the symptoms as they appear and maintain; however, when these symptoms continue for 6 months or more, it is considered a disorder.

On an episode of her CTV News show, Bell Canada addressed GAD in children. She hosted Libby Norris, a mother whose young son has GAD, and Dr. Sandra Mendlowitz, a psychologist in the child and youth outpatient mental health program at Toronto Sick Kids Hospital. Norris recalled her struggle as a mother commenting on the inadequacy of support systems at school for her son. The stigma surrounding mental illnesses made it harder to cope. Her son’s school suggested that his lack of concentration indicated ADHD; however, after a series of tests following a grand mal seizure, he was diagnosed with GAD. Concerning this common issue, Dr. Sandra Mendlowitz said, “Diagnosis can also be tricky as children suffering from the disorder may also have trouble concentrating, which may cause confusion with other mental health issues.” There is a lack of awareness about this disorder occurring in young children.

It is important for parents to pay attention to their child’s feelings and not disregard their seemingly errant thoughts or behaviors as typical or unimportant. A child’s mental health is as important as his physical health and thus it is important to be aware that GAD can occur in people of all ages, even young children.

How parents can cope with generalized anxiety disorder. (n.d.). Retrieved February 12, 2017, from http://www.ctvnews.ca/health/how-parents-can-cope-with-generalized-anxiety-disorder-1.3255084 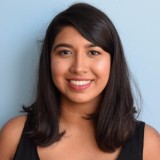 I come from a family of doctors. Growing up surrounded by doctors, of all the things I heard at the dinner table the one thing that repeatedly peaked my interest was mental health. This encouraged me to shadow a psychiatrist and observe patients with schizophrenia, depression, anxiety, bi-polar disorder, autism and attention-deficit/hyperactivity disorder. As a health science major, I want to work towards removing the stigma and misconceptions associated with mental illnesses, thus preventing people with mental illnesses to feel alienated from society. I still remember when the psychiatrist taught me to say “people with schizophrenia” rather than “schizophrenic people”.