Small chin. Slanted eyes. A tender and pleasant smile. When you type “down syndrome (DS)” into any search engine, these are the first images you see. You find yourself engrossed in photos of jovial men, women, and children. These images etch the impression that those with down syndrome are carefree, innocent, and cheerful in our minds. Very few photos will portray any negative emotions such as anger, sadness, or guilt. Some may even be surprised to found out these cheerful faces plastered in photos, may have mental illnesses.

The National Down Syndrome Society reports that approximately half of those who possess DS face a mental health issue throughout their lifetime. The most common issues include generalized anxiety disorder, obsessive-compulsive disorder, sleep-related difficulties, and depression, among many others. People with down syndrome who possess severe limitations in terms of language and communication skills may find it difficult to articulate their feelings. This increases the difficulty of diagnosing and identifying mental illness in those with DS.

A metacognitive study analyzing over 390 articles concerning depression and down syndrome states several risk factors that are associated with those born with DS. A study of the general population has shown that those with a smaller total brain volume are more likely to develop depression. The same results were found with those who have lower IQ scores (Walker et. al,  2011).

Diane Levine has a son named Cooper, who has down syndrome has always had the illness define who he is. During a conversation with friends discussing their children, one of them will say something along the lines of,  “My neighbor has a little Down’s boy. They’re such angels, aren’t they?” or “I love children with Down Syndrome. They’re like gentle lambs (Levine, 2017).” The picture of people with DS being gentle and delightful is not always the case. People with DS have a range of personalities and emotions; just like those without DS. Levine reiterates “I don’t want Down syndrome to define him — except it does, in many ways.”

The image that we have of those who possess down syndrome is a bright and infectiously happy face. However, this falsely paints people with DS as being free of worries or problems. It is important to acknowledge that people with DS are susceptible to mental illnesses just like those without DS.

Levine, D. (2017, April 28). My Son With Down Syndrome Does Not Fit Your Stereotype. https://themighty.com/2017/04/my-son-with-down-syndrome-does-not-fit-your-stereotype/ 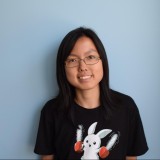 My interest in the social sciences emerged during high school when I began taking college level classes that introduced me to research writing. I felt that the opportunity helped me become more conscious of the information I would take in during my daily life. Through being a part of the Humanology Project, I hope to bring more awareness towards mental illnesses.

Although I am undecided, I have developed an interest in sociology. My courses have taught me the importance of looking at issues from a different and more larger perspective. I feel that developing this perspective is a part of ending stigma and misconceptions about mental illness.

During my free time I like to binge watch Everybody Loves Raymond, volunteer, and enjoy dramatic cooking shows